The ambitious plan of Estonian aviation envisages the introduction of the first hydrogen-powered passenger aircraft by 2030. The state-owned airline Xfly are among the first to apply for European financing for a project with the objective of replacing the fossil fuel-powered aircraft turbines of an ATR72-type passenger aircraft with a hydrogen-powered propulsion system. Is Estonia prepared for the hydrogen leap?

We learned to fly nearly 120 years ago with the help of the internal combustion engine, which was novel for its time. Today, our home planet is suffering the consequences of combustion products of fossil fuels and we are searching for more sustainable methods of producing energy. According to different estimates, the world’s aviation industry is responsible for emitting 5-7% of the CO2 that is released into the atmosphere. This proportion may seem like a small number, but if we calculate the amount of emissions in tons, everyone can understand that even a per mille is too much. The global pandemic reduced the CO2 emissions of the entire planet in 2020 by nearly 6%, which is the equivalent carbon pollution of two billion tons, and comparable to the annual carbon emissions of the entirety of Europe. The world has had the chance to take a relatively short breath of relief. But how do we proceed?

During big crises, people are generally more receptive to new ideas for the purpose of building a better future. We must use this moment! It is vital for aviation, and indeed for the entire transport sector, to find alternatives to using fossil fuels, as customers are no longer satisfied with planting trees for neutralising the pollution – they are waiting for a real revolution. Hydrogen technology has already proven itself as a lifeline – this technology is on the verge of changing the global transport sector. This is no longer merely a fantasy project on paper, presented by way of campaigns of scientists from time to time, as the first passenger planes flying on hydrogen technology are already a reality in this very decade. The most feasible idea seems to be replacing the engines of existing aircraft with hydrogen-electric propulsion systems with their immediate residue being clean water vapour. Already today, a 6-seat test aircraft is flying in the United Kingdom, and the certification of a 20-seat commercial aircraft is planned in three years. According to plans, this will be followed by the first flight of an aircraft of up to 100 seats in 2026. This is the size for aircraft servicing regional flights, which are the most burdensome for the environment by their nature. Short flights mean frequent engine starts and more hours of taxiing on the ground throughout the year – all of this significantly increases the amount of emissions per seat compared to long-haul flights.

We consider ourselves an innovative country thanks to our achievements in IT, but it often seems as if we are losing interest in other future topics, and are merely content with steady stagnation. Estonia has managed to pull itself together once for a major leap, and as a result we can still be proud of our digital country. However, environmental topics still seem like a pain in the neck to be blunt. Hydrogen technology, on the other hand, offers a new business opportunity right now, and can increase the competitiveness of Estonia. The existence of a support group for hydrogen technology in our parliament is a positive sign. The introduction of new technology may not be hindered by the legislative process; we must be active and, as a country, take a seat at every table where decisions are made, or we will soon be surpassed and forgotten. The future will arrive anyway, but the first ones to adapt will reap the biggest rewards, and it is therefore important that authorities and institutions as well as companies look at the bigger picture. Today, we are clearly missing the boat, but as a small country, we have many advantages in being able to make rapid changes, as proved impressively by the Tiger Leap. Without a national hydrogen strategy and a clear political intention, this is difficult to achieve. 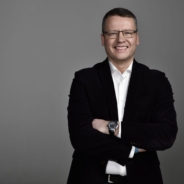 Head of Marketing and Communication